This post continues a periodic series of sermons preached during my time as Pastor of the Eldersville United Methodist Church.

Do not say, “Why were the old days better than these?” For it is not wise to ask such questions. Wisdom, like an inheritance, is a good thing and benefits those who see the sun. Wisdom is a shelter as money is a shelter, but the advantage of knowledge is this: Wisdom preserves those who have it. Consider what God has done: Who can straighten what he has made crooked? When times are good, be happy; but when times are bad, consider this: God has made the one as well as the other. Therefore, no one can discover anything about their future.

How many times have you heard someone, perhaps even yourself, look back at some ideal point in history and sigh, saying “Why were the old days better than these? It seems like the world, our country, and our church are only getting worse.” Certainly, no one can blame us for having such thoughts given the state of Christianity in the United States. In the United Methodist Church, our average attendance has decreased at a rate of about 52,383 people per year. Since 1974, our worship attendance has gone down by 18 percent and the number of churches has declined by 16 percent. Surely, we seem a long way away from the thriving Methodist church of early America and the peak of Christian public influence in the 1950s.

Those were the days, we reminisce, when about half of Americans attended church services on Sunday morning, and most of the rest of them were probably on the membership rolls somewhere.

Why were those days so much better than these?

Certainly, with church attendance numbers at their peak, Christianity had more of a central role in our political system. These were the early days of public preachers like Billy Graham, who filled stadiums with people eager to hear the Good News of Jesus Christ. He preached against the evils of disease, snakes, and union dues, denouncing government restrictions as socialism.

In 1952, Rev. Graham visited Washington, DC and brought God to Congress.[1] Soon after, as a result of his influence, he the United States established a National Day of Prayer. In 1954, Congress added the words “under God” to the Pledge of Allegiance and placed “In God We Trust” on postage. The next year, the motto was added to paper money. Just as Rome had once declared Christianity as its state religion, with the election of Eisenhower, the United States had adopted the language of the Church.

That was the height of Christian influence in the public sphere, an influence that seems to have all but vanished. God is still referenced in our pledge and on our money, but we lament our nation’s apparent decline from Christian morality. We long for the good ol’ days when there was prayer in schools, when our Sunday School was full of young children, and when all the important people in town came to church.

This desire to return to days of old is not new. Even in the Methodist glory days of the late 1700s, John Wesley was surrounded by those who thought Christianity, and civilization in general, had reached its peak long ago. In those days, the rationalism of the enlightenment had given rise to Deism and a drift away from Christianity as a public religion. Many cried out against the apparent declining morals and rise of luxury and profaneness.

Yet, Wesley remarked of the “goodness of God in the present age.”[2] He spoke of the rise of benevolence and compassion, the foundation of more hospitals and places of public charity, and he decried those who believed that the people of former ages were more virtuous. He agreed with the writer of Ecclesiastes, who asks us to “consider what God has done” and is doing in good times and in bad.

Some of Wesley’s day would have looked at the American experiment and lamented the government’s indifference to religion, but Wesley did not. In fact, he considered it pure joy, for the indifference of the American government on the issue of religion left room for the rise of true scriptural faith.[3] It freed Christianity from the whims of the state and allowed for the tremendous growth of Methodist Christianity among small groups of lay people who were devoted to the teachings of scripture.

May it be, as was true in Wesley’s day, that the indifference of our government on the matter of religion may lead to the growth of what he called true scriptural Christianity? May it be, that the Church is on the brink of a new revival?

Future days might continue to usher in the decline of Methodism in America and Christianity in the Western world. Our denominational leadership believes the time when such a revival can occur is running out. From a statistical perspective, if our rate of decline doesn’t change by 2030, our connection will have collapsed by 2050.[4]

I don’t say any of this to frighten us, but I think that all of us who love God and were transformed by God’s work through the Church are longing for a scriptural response to the apparent decline of Christianity. We’re longing for hope.

Ironically, it is the often pessimistic book Ecclesiastes that offers us a true, hopeful scriptural perspective. We should not say “Why were the old days better than these?” for it truly is not wise to ask such questions. Rather, we should praise God, for God has been faithful to us.

Church, do not bemoan the challenges of the current time, but respond to God’s call with joy. Not all are called to be pastors, but all are called to a unique mission of service to God. In my case, I was called to pastoral ministry at a young age. I remember one occasion in particular when God gave me a nudge and asked me to respond. As a youth, I was at a conference where an adult mentor was presenting some research on the future of the church. He told us what we already knew to be true: that our generation was largely disassociated with the Church and religion in general. I felt the call of God to respond, and I am by no means the only one.

There are amazing people out there of every generation who are doing the work of the kingdom. There are people called to serve oversees, in the inner city, and in rural America as pastors, counselors, teachers, and professionals of every kind. No matter their vocation, they bring the light of Christ to dark places. No matter our age, occupation, or surrounding culture, God can and will use us in whatever way we are equipped.

In Charles Wesley’s hymn “A Charge to Keep I Have,” we sing that all of us, young and old, have a charge to keep and a calling to fulfill. Bemoaning our current situation will get us nowhere. Instead, may we truly use all of our creative energies and skills to the glory of God, for every day is a day that God has made.

In the name of the Father, the Son, and the Holy Spirit, let us pray:

Lord God, sustain in us the flame of your Spirit. Help us to continue to carry the light of your Son to every dark corner of our world. Help us in times of darkness to remember what you have done on our behalf and what you continue to do among us. Help us to not be ashamed of your testimony, and give us the wisdom to present your good news to others with grace. Remind us of the faithfulness of people like Paul, who was willing to die for his faith, and the faithfulness of John Wesley, who rode on horseback to proclaim your message to every corner of society. Help us likewise to deliver your message to the sick, the imprisoned, the poor in spirit, and all who are our neighbor. Inspire us to greater service and faithfulness, as we continue to pray for your kingdom to come, on earth as it is in heaven. Amen 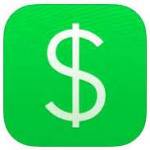